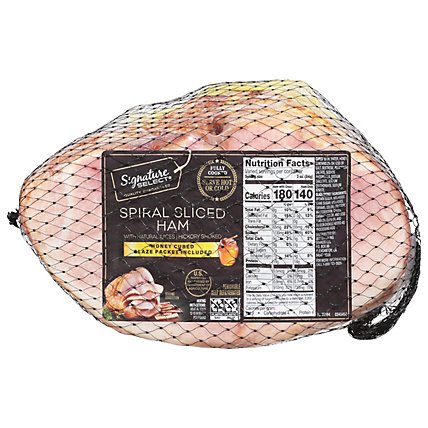 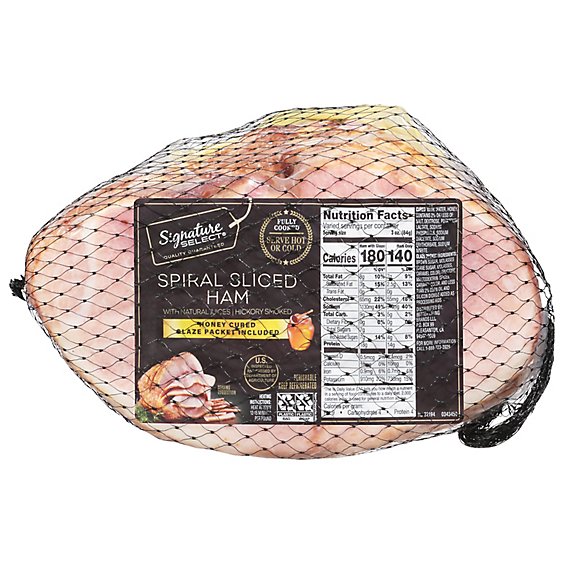 Heating Instructions: Heat at 275 degrees F 12-15 minutes per pound. Glazing Ham: Remove ham from oven 1/2 hour before end of heating time. Empty contents of glaze packet into small saucepan. Add 1-1/2 teaspoons of warm water. Heat glaze mixture on high, stirring constantly, until glaze begins to boil. Remove immediately from heat. Using a glazing brush, apply glaze immediately by brushing it evenly over the surface of the warm ham. (For a thicker coating, allow glaze to cool 4 to 5 minutes before applying to ham.) If ham was placed in cooking bag, carefully cut bag open and pull away from ham, then apply glaze. Heat glaze ham uncovered for an additional 25 to 30 minutes. Remove glazed ham from oven and serve. Perishable. Keep refrigerated.