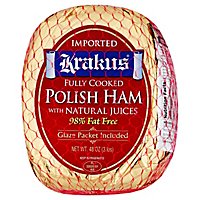 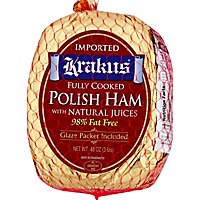 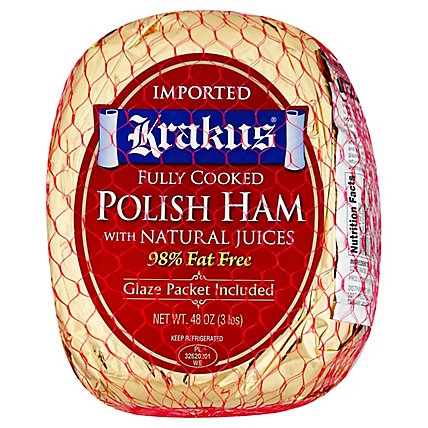 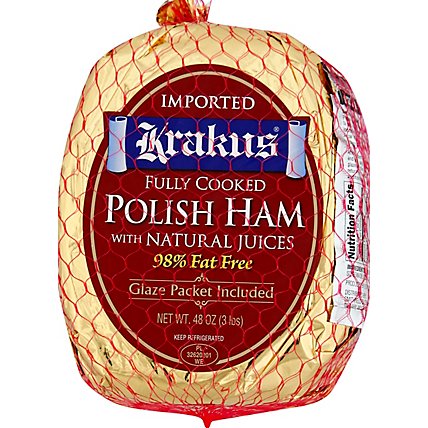 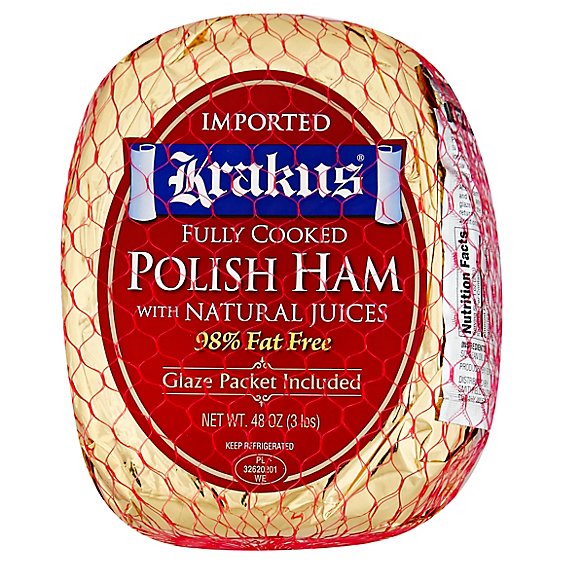 Keep refrigerated. Heating Directions: Preheat oven to 350 degrees F. Remove the ham from its packaging and place it in a shallow roasting pan or baking dish. Add 1/2 inch of water to the pan and cover with lid or aluminum foil. Bake at 350 degrees F for approximately 30-40 minutes or until an internal temperature of 140 degrees is attained to ensure a warm temperature is consistent throughout the ham. Glazing Directions: Prepare glaze by combining contents of glaze packet with 1/4 cup of warm water in a mixing bowl and whisk until ingredients dissolve and a smooth consistency is reached. Allow the glaze to set for about 10 minutes before brushing onto ham. After the ham is heated, remove it from the oven, uncover, and drain any remaining water from the pan. Pour the glaze over the ham, using a brush to coat evenly and then return the uncovered ham to the oven and bake for an additional 5-10 minutes.