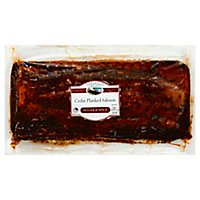 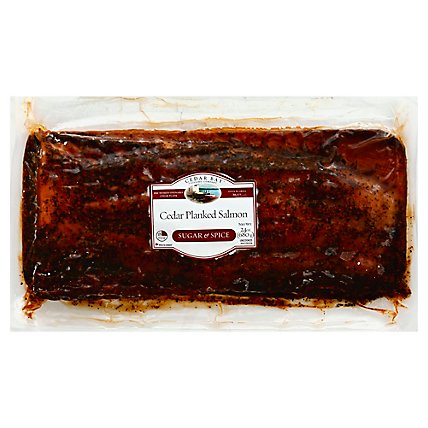 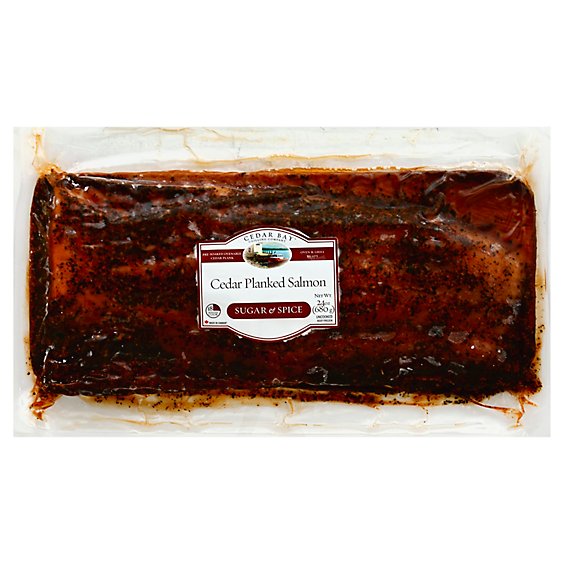 Pre-soaked ovenable cedar plank. Oven & grill ready. 18 minutes cook. Uncooked. Cedar Bay Salmon is delicately seasoned and then hand placed onto a pre-soaked cedar plank - ready for you to thaw and cook. Bon appetit! www.cfeboston.com. cedarbaygrilling.com. Made in Canada (Made in Canada from domestic and imported ingredients. Farm raised).

Contains: Allergen Alert: contains fish. May contain traces of milk, egg, soybeans, wheat, mustard and sulphites. We try to remove all bones, but traces may remain.

Already have an account? Sign in
Place order by {{checkout time}} to get it by your selected delivery time.
Welcome We’ll need to set up your preferences to get you started with your first Schedule & Save order.
Continue
Something went wrong Sorry for the inconvenience. Please try again
Scheduled!
We will send you notification through email when your order is in process. Click on Manage to visit your Manage Schedule & Save page for more details.
Continue Shopping